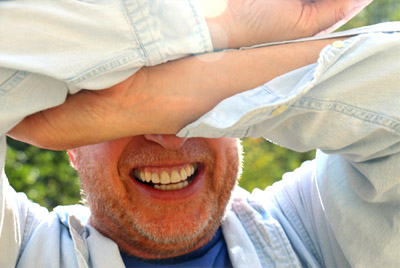 Hi, I’m Joe. And I'm a copywriter who thrives on getting results. My track record backs it up. I've spent over 10 years at New York agencies working on Kraft, KFC, Procter & Gamble, Johnson & Johnson, Coca-Cola, SmithKline, 3M and Miller beer.

In addition to copywriting, I shoot and edit video. Record audio. Work in Photoshop. And built this website.

This hands-on knowledge gives me more tools to choose from when I approach a project. Which translates to more solutions for success. Email me and I’ll show you how.

Many thanks for checking out my site. Have a look around. Or if you're in a hurry, you can skip right to my resume.

A Few Wins and an Epic Fail

Pitney Bowes – I was working at the Stamford, CT headquarters for about nine months when the pandemic hit. It’s inspiring to see so many colleagues pull together and coordinate their efforts remotely. I’ve written on the corporation’s 100th anniversary, new product launches, financial services, ecommerce and more. See my recent work.

Diageo Spirits – I helped win the top Diageo spirit brands for Colangelo Marketing (Omnicom), in Darien, CT. When I started, the shop had only Smirnoff as a liquor account. Subsequently, we won Johnnie Walker, Crown Royal, Tanqueray, Captain Morgan, Jose Cuervo, Bushmills, Ketel One, Ciroc and Bulleit Bourbon – every one of their best sellers. And we retained this BTL business for more than 10 years. See my spirit work.

Super Bowl TV – I wrote the first Super Bowl commercial produced at Grey. It was for the launch of Kforce, an online recruiting firm that wanted to go head-to-head against the category leaders Monster and HotJobs. The spot generated 2.5 million hits on game day before the servers crashed. Yahoo and USA Today named it a Top 10 commercial. The client ended up so backlogged with applicants that they cancelled all future advertising. Mark this one as a win and a fail. See the Super Bowl commercial.

PepsiCo Sierra Mist launch – I created a step-by-step Activation Guide that turned more than 9,000 employees at the PepsiCo bottling plants into sampling street teams for one extraordinary day. The results? Over five million samples distributed in 135 markets – the largest sampling event in PepsiCo history. I shot and edited footage of the NYC event. See the Sierra Mist launch video.

Humira Digital Launch – This was a freelance project for Tribal DDB. The concept was to show the results of this new rheumatoid arthritis medicine from three different points of view: the patient, his wife and his doctor. I conducted the interviews and wrote the articles. See the first website.

Coca-Cola Olympic Torch Relay – I served as the Creative Director for an experiential touring event that literally ran from Los Angeles to Atlanta in 84 days. I wrote and produced a 35 minute show that featured a live emcee and live video coverage. The show was performed twice a day at the cauldron lighting ceremonies (lunch and evening). A mobile Jumboton displayed the proceedings to the overflow crowds. I also served as the live TV Director, providing daily video feeds to local NBC affiliates along the route. (Bonus: I got to run the Olympic Torch.) See the Coca-Cola Olympic Torch Relay video.

20th Century Fox Feature Films – I was the writer on a six person pitch team that won the $85 million dollar media account for Young & Rubicam. I wrote film positioning concepts and attended research focus groups for upcoming releases. I reviewed the findings with Studio Chairman Joe Roth during post-production on "The Adventures of Ford Fairlane." Mark as a fail for the early film career of Andrew 'Dice' Clay.

Shot with Michael Bay – It was during his pre-Transformers period when he worked at Propoganda Films. The spot was for a popcorn and peanut snack called Crunch 'n' Munch. We haven't collaborated since. (Although I'm still open to the idea.) Not really a win. More like bragging rights.

Ray Charles Sang My Lyrics – At the time, KFC was using his song "Hit the Road, Jack" for their campaign. I wrote lyrics for a new chicken sandwich TV commercial. Turns out the sandwich never launched, but the song remains. Listen to the lost track.

What else have I been up to? Check out my resume. Or better yet, get in touch.